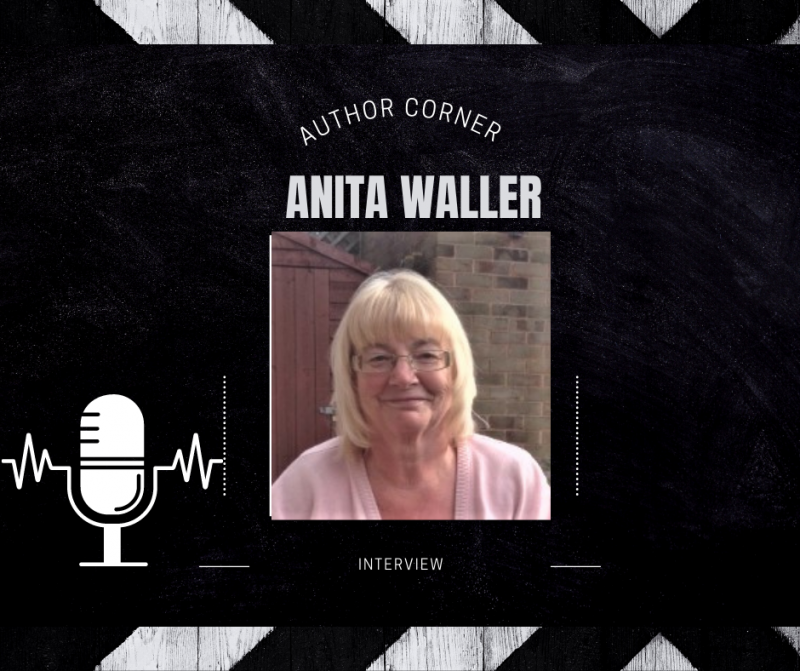 Anita, you are an internationally bestselling author with a  huge following of loyal fans. For visitors to the blog, who may have never read your books before, can you talk a bit about the genre you choose to write in and why it attracts you?

I sometimes feel as if the genre chose me – I have a particularly twisted mind which lends itself to psychological thrillers. The first books I wrote (and never attempted to get published) were in the Mills and Boon style, but I always wanted to kill off a character or two, and I soon realised I was writing against my inclinations. I packed all six of the sloppy romance novels away, and began to write Beautiful. I eventually finished it and sent it to a publisher who immediately accepted it, much to my surprise. Unfortunately, the day before we signed the contract, they went into liquidation, and I received my 100,000 word manuscript back through the mail. This was in 1995, pre e-mail and other such luxuries, so I packed it away and left it to rot until 2013 when I decided to type it up so my kids would be able to see the book that Mum had had accepted. It took me two years of patient typing, and on the day I finished it, murders and all, I saw an advertisement for Bloodhound Books who wanted submissions. I sent the first twenty pages on a spur of the minute action that Saturday morning, and on Monday Bloodhound wanted to see the rest. On the Wednesday I signed the contract. I have killed many characters since then, but I always say that some murders are necessary murders.

How many books have you had published? Do you publish a certain number of books every year?

I have just had my twentieth book accepted by Bloodhound. I aim for three a year, but occasionally that slips over a little.

Do you prefer to write standalone stories or series?

The Kat and Mouse series, and its spin-off The Connection Trilogy, has been a dream to write. I have lived with the characters in my home and my head for three years and they are so easy to write about and to love, but I was commissioned by Bloodhound to write them as a cosy mystery, which is a little bit restrictive. No killing kids, no killing animals, a female lead and a rural setting were my instructions. In the first book, Murder Undeniable, I killed two kids and had three female leads – I didn’t kill any animals and I set it in Eyam, so I got it nearly right. However, standalones give me a degree of freedom without restrictions, and I love the break from the series. I have now finished the Connection Trilogy and will be concentrating on standalones for the foreseeable future.

Your Kat and Mouse Murder Mystery series appears to have been particularly popular. Have your readers told you why they like that series so much?

They love the fact that I don’t take prisoners – anybody is fair game to be killed off. They also love the characters, particularly Doris, who was never intended to be a major character, she was just the nan of Beth, one of the major players.

Are you a plotter or a pantser?

Definitely a pantser. I never start with a plot, I start with a sentence. Then I wait to see what happens next. I rarely have to change anything, it just happens.

Tell us something about your writing process. Do you for example, do heaps of research in advance/during writing your novel? Do you allocate so many weeks/months per book? Do you write at the same time each day and aim for a regular number of words at each session?

The book I did the most research for was Nine Lives. I became fascinated by one of Sheffield’s rivers, the Porter, so I researched it, but research never plays a big part in my books because I seem to stick to writing about what I know. Gamble was a good example – my daughter was a betting office manager, and one Saturday morning the shop was raided at gun point. As you can imagine, this was traumatic for her, and I used her fear and anger to form the basis of the book.

Do you let anyone else see your work before you submit to your publisher?

No! Not on your life. What if it’s rubbish?

You have some amazing book covers. Do you have a favourite and how much input do you have into their design?

I love love love Winterscroft. This book is my only supernatural novel, and Bloodhound allowed me to write it because 34 Days had been such a massive seller – I think it was my little reward for being such a good girl lol. I have another supernatural in the making, but I’m not sure it will ever see the light of day, I just love the genre. All my covers are outstanding, most of them created by Betsy at Bloodhound, and they were all sent to me for approval. With Winterscroft she asked what I wanted to see on the cover, and I said, purple and a house. She produced the cover as it is now, and I wouldn’t change it for anything.

Tell us something about you that most readers wouldn’t guess.

This is quite a hard question because I am very open about my life, about being a first time author at the age of 69, and am even more prolific now I have reached 75. However, because it hasn’t featured in any of my books – yet – not many would realise I am extremely accomplished at making patchwork quilts, was a tutor in the art for many years, and have travelled all over attending quilt festivals. I have a cupboard full of quilts, and every winter a different one comes out to reside on our bed until Spring arrives.

Tell us a bit about your latest book and what gave you the idea to write it.

Mortal Green is the third book in the Connection Trilogy, and the final one. It joins eight previous books in the combined Kat and Mouse/Connection series, and as usual I had no idea beyond a colour. The three books in the Connection Trilogy are named for colours – Blood Red, Code Blue, and Mortal Green. I began the book by dressing a character in a  green coat and hat, and sending her through woodland that was dense, with the trees forming a dark green canopy above her head. Then she was dead before the end of the chapter! Hence, Mortal Green.

What’s the best advice you could give to someone reading this who dreams of writing a novel and getting it published.

Read. And then read some more. I have just finished reading my 108th book this year, and we’re still at the beginning of October. I usually average around 75, but this year I have excelled myself. Then when you’ve read lots and lots of books, begin to watch for the structure. If a book really appeals to you, find out what makes it so special. You don’t need a plot, you need the imagination to move a plot forward and to trim it backward when it starts to look a bit stupid – there are times when it will, but authors have a power, words, and nothing is so bad it can’t be put right.

Most of all you have to actually do it. Don’t think ‘I could write better then that’, do it, because you probably can.

If you want to see what Winterscroft looks like (I’m not that good an author that I can describe it), or any of the other books I’ve mentioned, head to my website. There’s all sorts of stuff on that including some short stories for you to read while you’re eating your toast at breakfast time. 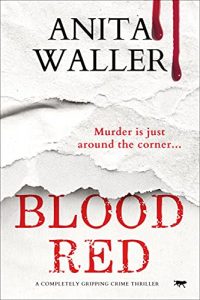 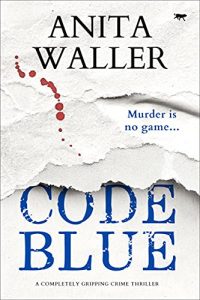 This corner of my website is dedicated to chats with successful authors. We’ll find out what inspires them to tell tales, how they first managed to be successfully published – or self- published, and what the real life of a winning author feels like. We’re kicking off...